When you click this banner below you’ll have a chance to up your game and make more progress today!

Get more done and you’ll make more money it’s that simple! Wouldn’t you like to do that? Download this.
Really the days go by fast and there’s so much to get done. You can do more, do better. Try this and see.

In this net in the series of Startup Grind talks with successful founders we’ll be talking with James Smith CEO of the DevOpsGuys.

Prior to co-founding DevOpsGuys, James worked as a software development consultant for over 15 years.

Over this time he led teams that have designed, built and deployed some of the UK’s most popular eCommerce websites for organisations such as Dell, Pizza Hut, KFC and the RAC. Between them, these websites transact millions or orders worth over £150m in revenue every year.

One of James’ main drivers for establishing DevOpsGuys is to help fellow IT professionals to deliver software in a fast, predictable and frequent manner that facilitates rapid feedback and continuous improvement.

James is well known amongst the DevOps community and is widely regarded as a thought leader in the field. He regularly appears at many conferences including Pipeline, DevOps Enterprise Summit and Velocity.

James frequently publishes his opinions on the DevOpsGuys blog and his contributions have been quoted in research by Gartner and Forrester. 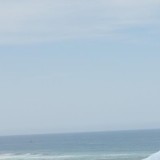 How To Make Money With A Digital Marketing Agency, As A Marketing Consultant? Q&A With Tim Conley

The most important thing to remember when speaking onstage

How to edit and update your business information on Google

When planning, big thinking and tiny steps wins the race

Teespring: How to Add a Payout Payment Method (PayPal or Payoneer)

How To Design Your Life For Success

March 26, 2018
0
167: How he survived an attacked by a Grizzly Bear twice | Todd Orr
Achieving Sales Success Without Compromising Integrity